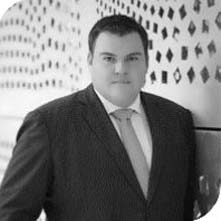 Peter is a British-born entrepreneur, best known for his work in the Canadian financial services industry, where he founded a business that he grew and ultimately sold to Purpose Investments.

Peter spent 7 years working in Canadian banking, in investment research, holding increasingly senior positions at Bank of Montreal and TD Bank. In 2007, Peter acquired a company that would eventually become Redwood Asset Management. Under his tenure, AUM grew steadily despite market challenges, and was acquired by Purpose Investments in 2016. As an early investor in the Canadian cannabis market, Peter was involved in the conception the Medical Cannabis and Wellness ETF that is listed on the LSE under CBDX.

Peter is a CFA Charterholder, CAIA Charterholder and recently received his ICD designation through the Institute for Corporate Directors and the University of Toronto. Peter completed his undergraduate degree in economics at Wilfrid Laurier University.

Get in touch with our team of professionals and let’s start a conversation.